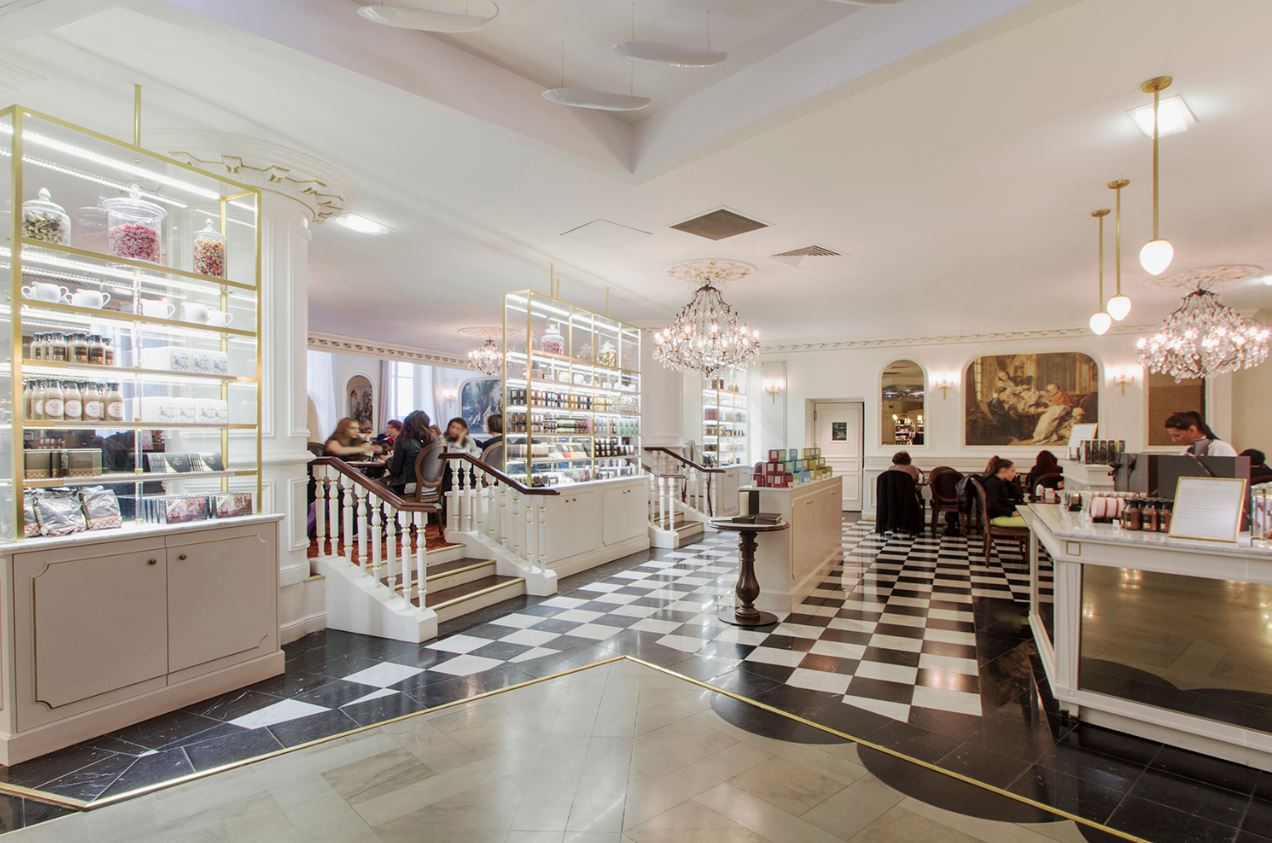 Angelina was founded in 1903 by Antoine Rumpelmayer, who was an Australian confectioner. In the late 1800s, the Rumpelmayer family emigrated from Austria-Hungry to settle in Nice, located in the south of France.

They decided to open their own teahouse in Nice, which turned out to be a huge success. Then they opened teahouses in Monte Carlo and Antibes. Such salons were quite rare at that time. Majority of its clients were aristocrats who lived in Paris and occasionally visited French Riviera.

Soon afterwards the Rumpelmayer family decided to relocate to the ‘City of Lights’. In 1903, they opened the now famous landmark of Paris, Angelina Tea house. It was originally designed by the French architect Edouard-Jean Niemans, who used the Belle Epoque style décor for the tearoom.

Originally, this tearoom on reu de Rivoli was opened as Rumpelmayer Tea house. However, in 1930, owner Antoine Rumpelmayer changed the name of tea house to that of his daughter-in-law Angelina. This is how this famous place got its name Angelina tea house.

This historic tea shop is a Parisian icon. Since 1903, the style décor has been kept the same, as it was before, refined and elegant. The century old famous recipes have been kept a secret and its quality has been maintained.

You can visit Angelina Tea House, and treat your taste buds to its mouth-watering desserts, delectable pastries, scrumptious breakfast, salads and appetizing lunches.